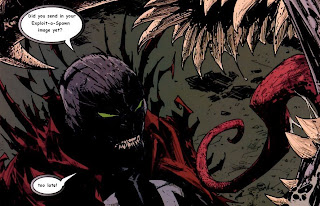 Spawn is an awesome comic, with an aweome hero, awesome writing and awesome art. For a while it was one of the most definitive Image Comics during the 90’s. With that said I’m surprised I haven’t seen more Exploited Spawn images, there’s a real plethora of usable images. Maybe sometime in the future I’ll use them.

So your e-mails have been received, your comments have been read and your images are here! It’s time for the mind blowing first ever reader created post: Exploit-a-Spawn!
Now for those who missed out, a few weeks back during an edition of New Age Ideas I asked readers to send me their images of a panel from Spawn #193 with their own text in the bubbles.
With the images all together it’s time to post them! I myself made 3 (1 of them being that image in the left-hand corner right now) but all the others where made by others. I will credit them by username and show the images.
Now some of these where from E-mail, others from the Spawn.com forums. I want to give big thanks to all who sent in their images or who commented on images that I made for them with their instructions.
Masked Moron 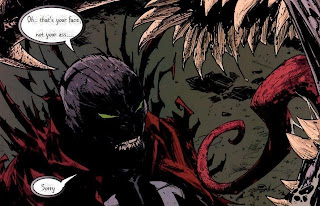 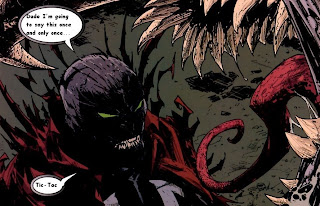 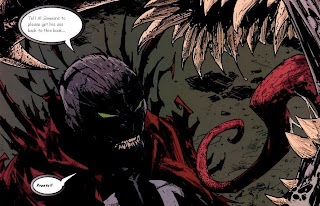 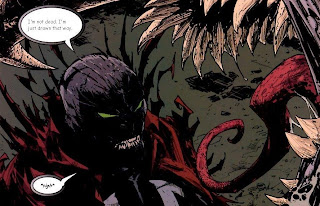 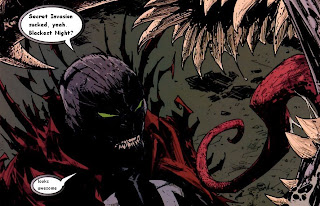 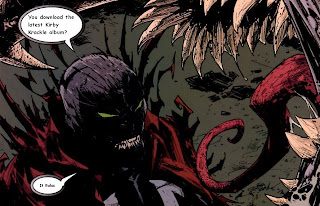 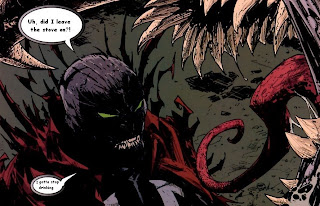 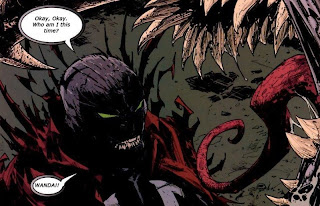 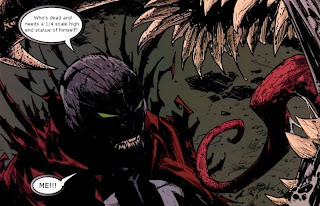 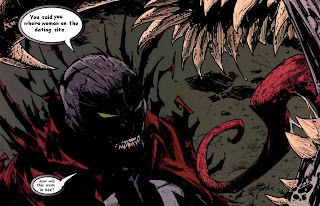 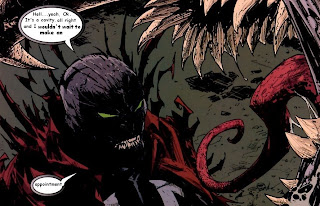 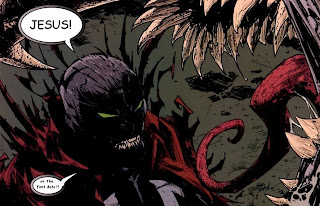 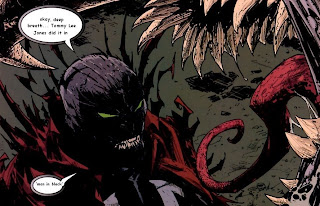 Oakie 620 (the second being a tweaked of the first) 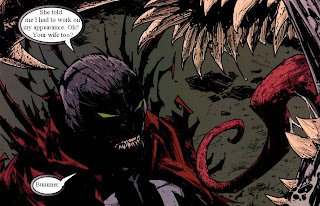 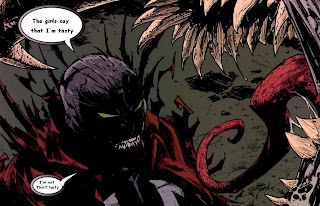 So that’s it, Spawn has been exploited. Again, thank you to everyone who sent in images. To the people who I made the images for, sorry if I messed them up a bit, hope I did well enough!
That’s all for today kids, but don’t think you won’t be getting another project very soon. Stay tuned.