Similar to Week’s End yesterday, Month’s End has me going through all the great comics, moments, characters, etc. of this month. Also, at the end, I look ahead into the next month and mention the one comic I’m most excited to check out. Also a note, these are my views on these picks and they don’t represent the whole Revolution’s opinion on the past month.

Comic of the Month: Witchblade #127 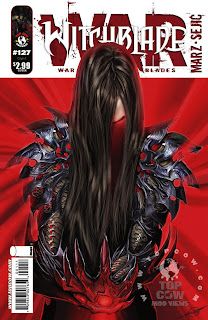 After reading this issue, a loud “OH DAMN!” echoed through my house at the shock of the last page. Now our main character (Oh uh, spoiler alert?) gets stabbed through the chest by one of (there are many villains in this storyline) and she falls to the ground, eyes wide and bleeding out. Now I’ve only been reading Witchblade on a constant basis since early last year with #116 but I’ve quickly grown to love it and it’s been one of the best comics on the shelves each month for me.

We’re currently in the big event arc “War of the Witchblades” and this issue is the one that really kicked it all off and got things fired up. Now I know what you’re thinking “Andrenn, people get killed all the times in comics or get stabbed or shot at the end of an issue and are magically just fine, why are you worried about this character?” Answer: Because it’s Ron Marz.

I’ve been reading this title for 11 issues and I can fully comprehend that Ron Marz does not bullshit the readers and when he does something he means it. So while I’m hopeful that Sara (the girl on that cover) is alive, I’ve given up all hope…oh and the worst part is #128 has been delayed to July…damn.

Moment of the Month: A new Batman *Battle for the Cowl #3* 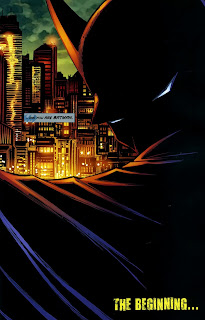 We all saw this coming, I know, but now it’s official: Dick Grayson is Batman. Some people think this is a horrible idea, that no one can fill Bruce’s cowl and I agree.  But at the same time, I can’t say I’m not happy to see Dick down the cowl above all the other contenders. Dick is a great character and will hopefully make a great Batman and it was nice to see his transformation into Batman. 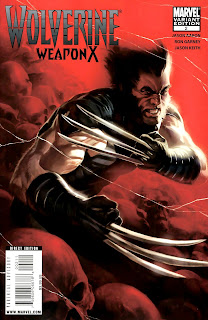 This month had tons of awesome covers so this was a really tough choice. Though, like usual, Mark Djurdjevic delivers an incredible cover. I like most the use of red against Logan’s very dark costume, it stands out very nice and the overall pose and the skulls around him just adds to it making for a very badass and cool image.

Artists of the Month: Adam Kubert and Tommy Lee Edwards 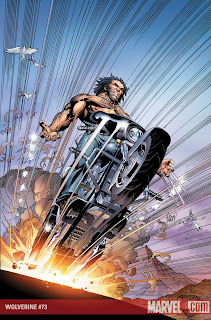 Wolverine #73 was divided by these two very talented artists and while the stories didn’t impress me too much the artwork was great. Kubert himself did have some problems with scrunch faced Wolverine but outside that he turned in incredible work as did Edwards who brought the second story to life beautifully.

Character of the Month: Melter

Dark Reign: Young Avengers #1 really impressed me, and we got some great new characters from it that where all interesting in their own way. Though none of them could compete with the troubled leader Melter who struggles with his desire to be a super hero and be loved by the public, and his dangerous teammates. He is divided by so much; his love for the thieving Enchantress, his trust is the racist Big Zero and his forced excuses for the murderous Executioner.

It’s all really interesting and cool stuff, Cornell makes you feel for the guy without making you senselessly pity him. Though I sense he will go down a dark path by this series’ end.

Most Anticipated for the Upcoming Month: Batman and Robin #1 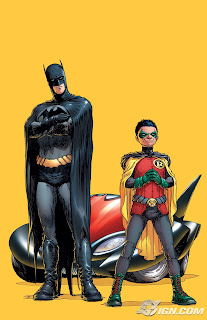 This was a really tough decision, June is going to have some really incredible comics that I’m highly anticipating so just picking one was really tough. We’re getting 2 issues of Spawn, more Dark Reign goodness, a bunch of great looking new Bat-titles, though I have to pick one and this one steals it. Ever since they opened “The Source” DC has been getting much better about their marketing and hyping their products, getting me really excited for this awesome new era of Batman.

Though a lot of the books look great, it’s Grant Morrison’s return to the Dark Knight alongside with Frank Quietly that has me most excited. I like a lot of things from the sounds of them, the short 3 part arcs, the characters, the action, it all looks really great and I’m hyped for it as it looks like it will be a great read.