Migrating some of my stuff over from New Age Comics with Andrenn I’m bringing in The Week Begins. Here I look at the up coming books of the week and comment on them, also mentioning which of them is my most anticipated of them. Now this week I’m only getting one comic (Wolverine), so to make up for that I’m going to comment on some comics that have simply got my attention. 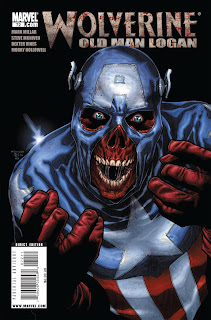 Old Man Logan has just been one amazing moment after another. If I had to describe it so far, it’s The Dark Knight Returns meets every great action film that has ever been made. Everything about it has stolen my attention and love and I don’t want it to stop. But sadly it seems we’re near the end, and I don’t know if I’m happy or sad. I must admit it is frustrating that we’re getting this issue now, the penultimate chapter, but will have to wait still for the final chapter.

We all know Millar is going to end this issue with some heart stopping cliff-hanger, like Logan’s family at gunpoint or the world about to be blown up because Red Skull is just that evil. Still this looks great, I love the idea that Red Skull actually wears Bucky’s uniform; it’s so creepy and smart at the same time. This is looking to be another must have. 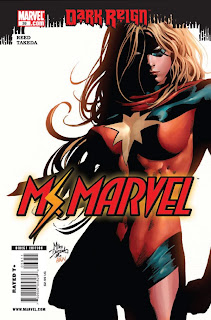 This actually looks really interesting. I admit at first glance this looked to be another boring tale for one of the Dark Avengers. Everyone’s getting some time in the sunlight (Bullseye, Venom, etc.) so it makes sense to give Moonstone something to do as well when she’s not with the Avengers. Though what really grabs me is the art.  Takeda is an absolutely brilliant artist who can pull off some really gorgeous stuff. Artwork like this is on the same level as Stjepan Sejic and Marko Djurdjevic for me. Though at the same time Reed always seems to be happy writing Ms. Marvel and when Reed likes what he’s writing, he writes it well. I probably won’t check this out, but I wouldn’t mind trade waiting it one bit.
Ultimate Wolverine vs. Hulk #6
Written: Damon Lindelof
Art: Lienel Yu 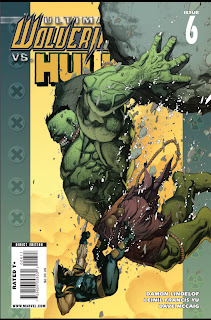 I’m seriously going to pick up the collection of this book when it comes out. Every preview image or scan from it looks really cool and seems to be a brilliant comic. I know it was delayed like all hell so I understand everyone’s frustration but this really does look great to me. I wouldn’t say great enough to check out the actual comic, but great enough to wait for the collection of it.
The Amazing Spider-Man #595
Written: Joe Kelly
Art: Phil Jimenez 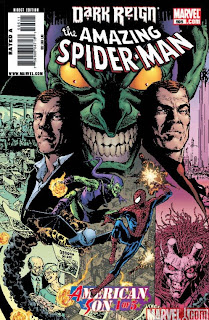 The American Son arc, a fairly well hyped up storyline about Spider-Man finally taking on Dark Reign. It sounds interesting I must admit, and there’s a certain cover for a later issue that really caught my attention but I’m fine with skipping this. Ever since New Ways to Die disappointed in the final act I’ve been even more sour about the Web Slinger. Jimenez is a really hit or miss artist with me and from what I saw on his last issues of this series I was not impressed. If I hear good things, collection, if not then I’ll happily skip it.
Spider-Man: The Short Halloween One-Shot
Written: Bill Hader and Seth Meyers
Art: Kevin Maguire 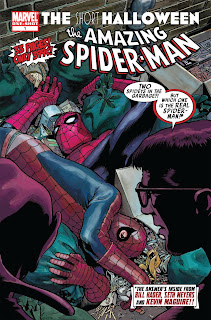 All right, first off I love the title as it pays homage to one of my favorite Batman stories. Second, I don’t see the big deal about two celebrities writing a comic.  I never have and I doubt I ever will. Thirdly, Maguire is an incredible artist so I’m a little torn. This actually does look rather funny from the preview but wow, what a weird concept.
Dark Reign: The Hood #1
Written: Jeff Parker
Art: Kyle Hotz 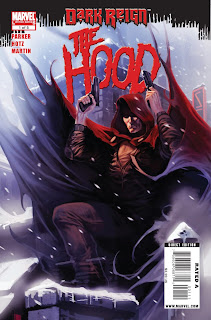 When I look at the Cabal I see characters I like, such as Namor and Loki. I also see characters who I really like and am a big fan of, such as Doom and Emma. Then I see a character who’s been bugging me ever since Bendis forced him down our throats back in 2007.
I understand that The Hood was created by the ever beloved BKV (Brian K. Vaughn) and I’ve been tempted to check out the series that started it all but damn Bendis has never once made me like this character. I continue to hate and despise everything about The Hood and just wish he’d get killed off. He’s not even the kind of villain I hate for good reasons, like Norman Osborn who is a badass villain I hate. He’s the kind of villain I hate because he really has done nothing to earn the high status he’s given.

And we’re expected to accept him in the same group as Dr. Doom? I just can’t see it. But for all my whining, the talent behind this is impressive, Parker is a great writer and I’ve seen Hotz’ art and I enjoy it. Another consideration for the collection list. 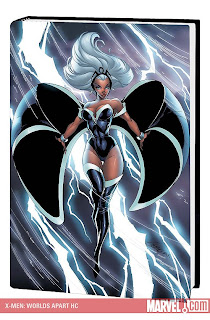 Looking at all the X-men, Storm is undeniably a favorite of mine. She’s been pulled back and forth so much that when they finally give her a mini-series, at the time I was tapped out so I couldn’t get it. I really want to check this out as it’s dealing with stuff that really matters to me like her relationship with T’Challa and balancing her place as an X-man. But sadly this one is a little lower down on the collection list thanks to two other releases this week.
Spider-Man Noir HC
Written: David Hine
Art: Carmine Di Giandomenico 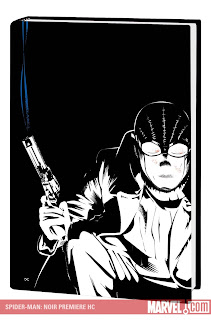 I love Noir. I love Spider-Man. It makes sense that when you mix the two that you’ve got a product I’m interested in. I skipped this mini and decided to trade wait for cost and I’ve been very patiently waiting for this, but now I’m too excited and I’ve got to check it out! I’ve heard mixed things on it which is never a good sign, but David Hine is one of my favorite current writers and it really does looks incredible.
X-Men: Magneto Testament HC
Written: Greg Pak
Art: Carmine Di Giandomenico 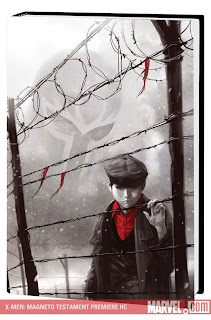 This book has been called everything but bad, boring or stupid. I’ve heard plenty of love for the Marvel Knights line but this has to be the most well received MK comic in a very long time. Like with Spider-Man Noir I wanted to read this, but I decided to wait on it and save myself the coin.

Now I’m a huge Holocaust guy, throughout history it’s the one time period that has fascinated me the most. I learned about it first at the Holocaust Museum and D.C. and I haven’t forgotten a thing. It seems Pak did his homework to tell a chilling origin for one of my favorite villains so I’m going to eagerly pick this up as soon as I can.