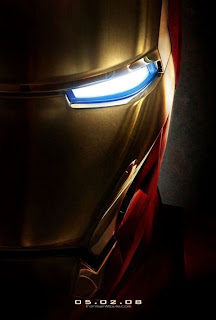 The Revolution finally got over to the movie theater and saw Iron Man. Needless to say, I absolutely loved the movie. Of course, I knew that I would like this movie. What has stunned me is the impressive opening that Iron Man had last weekend and the overwhelming number of positive reviews from all the movie critics.

Iron Man hauled in a remarkable $104 million in its opening weekend. That is the second highest opening ever for a non-sequel and the tenth highest opening of all-time. Overseas, Iron Man pulled in $96.8 million giving Iron Man a grand total of $201 million in its opening weekend. The reported production costs for Iron Man have varied between $140 million and $180 million. So, it appears that Marvel will be netting a nice profit off of Iron Man.

Marvel will certainly be happy with Iron Man’s opening weekend seeing that Iron Man is the first movie that is fully financed and produced film by the newly formed Marvel Studios. Paramount Pictures handled the distribution of Iron Man. This means that Marvel retains more risk and reward for any movies that it puts out from now on. This also gives Marvel complete creative control over all of their movies from now on. And if Iron Man is a sign of what is to come from this fledgling Marvel Studios then the future looks bright for upcoming Marvel movies.

The fact that a character like Iron Man who is not an established character like Batman, Superman, Spider-Man or the Hulk could pop such huge numbers is phenomenal and surprising. Usually non-established characters like Daredevil, Fantastic Four, Ghost Rider, Punisher and Electra don’t fare so well. And even more impressive is the lack of a well known and easily identifiable villain. The X-Men had Magneto, Superman had Lex Luthor, Batman has the Joker in the upcoming Batman movie and Spider-Man had the Green Goblin.

So, based on all the freshness ratings, Iron Man owns the top spot as the #1 super hero movie. I didn’t expect this at all. Now I expected this to be a solid movie. Marvel Studios assembled a great cast. And since Iron Man was Marvel Studio’s first movie, I figured that Marvel would put forth their best effort in order to make Marvel Studio’s debut a success. But, the fact remains that outside of the comic book world, Iron Man is a little known character. Hell, even in the comic book world, Iron Man’s title has never been a sales monster. Very few non-comic book fans know Iron Man at all. Iron Man is certainly not a household name like Batman, Superman and Spider-Man.

Not anymore. Iron Man has been catapulted to all new heights as Marvel has on their hands a franchise that has some serious legs. Obviously, being a die-hard Iron Man fan, I am thrilled that Tony Stark has won the hearts of so many movie goers. It is great to see Iron Man getting some love. Iron Man is a great character and all he needed was some exposure in order to grow in popularity. Such love and success tastes like sweet ambrosia after the beating that Tony Stark’s character has taken by so many writers during the course of Civil War and the subsequent Initiative stories.

I am not going to spoil the movie in this review. I want people to go and enjoy this flick without knowing what is going to happen next. All I will say is that you MUST stay and sit through all of the ending credits. Trust me; you will want to see what happens after the ending credits are over. Man, good things are to come from Marvel Studios.

All the actors did a good job in this flick. Terrance Howard played a good Rhodey. The interplay between Downey and Howard mirrored perfectly how Stark and Rhodey interacted in the old Michelinie and Layton issues. Gwyneth Paltrow, while not at all my type, did a good job as Pepper Potts. Jeff Bridges was an excellent as Obadiah Stane. And it was cool to see director Jon Favreau make an appearance as Happy Hogan.

Of course, probably the biggest reason that Iron Man was such a fantastic movie is Robert Downey, Jr. He was flat out amazing as Tony Stark. Downey was perfect as Tony Stark. It was as if Downy was born to play this role. I also loved that Downey plays Tony Stark like Michelinie and Layton used to write Tony’s character. Downey has the acting chops to pull off a wide range in this movie. Downey delivered a delightfully cavalier and cocky playboy who is as interested in the decadent side of life as he is in creating amazing works of technology. Downey also is deep enough to portray the darker brooding side of Tony’s character that he only displays when in private or to his closest friends. Downey conveys the complexities of Tony’s character. Tony is one of the more flawed characters of Marvel’s super heroes and Downey picks up on that fact and runs with it.

The screenplay for Iron Man was well done. It appears that the writers looked to the Michelinie and Layton Iron Man for their inspiration and blueprint for the movie version of Iron Man. And that was a wise choice. This is the most popular version of Tony and I hope that Marvel wakes up and finally ditches the grey humorless beaurocratic Iron Man that we are currently getting in the 616 universe. I want the old playboy Tony Stark back.

The screenwriters clearly understood that Tony Stark is 1/3 James Bond, 1/3 Howard Hughes (before he got all crazy) and 1/3 traditional super hero. I also loved that Marvel Studios gave us a delightfully non-P.C. version of Tony Stark. You just can’t write Tony Stark and be P.C. It is like writing a P.C. James Bond. If you do that then you end up with dog movies like the Timothy Dalton Bond movies. Even though I’m trying to stay spoiler free, all I have to say is that the scene with Tony and Rhodey on Tony’s private jet was perfect!

Jon Favreau deserves credit for his work as director of Iron Man. I became a fan of Favreau with the movie Swingers that he wrote and starred in. However, I wasn’t that impressed with Made which was Favreau’s directorial debut. Favreau went on to direct Elf and Zathura. I can’t say that I was really impressed with either movie. On top of that, Favreau lacked much experience as a director. So, I was worried when Marvel announced that Favreau would be directing Iron Man. Clearly, my worries were unfounded. Favreau delivered the goods on Iron Man.

With an Iron Man movie in the theaters along with three monthly Iron Man titles and two Iron Man mini-series currently on the market, it is most definitely a good time to be a shell-head fan.