Month’s End. October is here! Yes! The Halloween season! More on that in a bit. But on even more important news, on the 3rd is a certain person’s birthday. His name starts with an A and ends with an N and has a NDREN in the middle. Not that I’m saying you should tell me happy birthday or anything on the 3rd. Not at all.

Now onto the comics of September!

September was a great month with some great comics. Picking just one was tough but I have to give it to the Young Avengers for dominating. This wasn’t too hard when I looked over this great issue again. What really made me pick this was even with a delay I still loved this comic. That’s rare as usually delays put me in a sour mood on a comic. But with this comic it’s hard not to love every moment.

Moment of the Month: the goddamn Spider-man 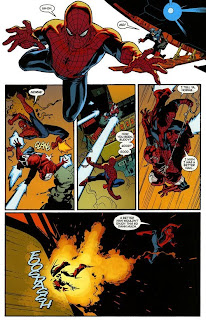 I know I just used this in the last Week’s End but…come on! Spider-man rarely is this awesome. Especially since the BND era began. Lately he’s been the unlovable loser who really you just don’t give a damn about. But Bendis all reminded us why he’s Spider-man and why he’s awesome. Why isn’t he in the Spider-brain trust?

Cover of the Week: Wolverine First Class #19 by Skottie Young 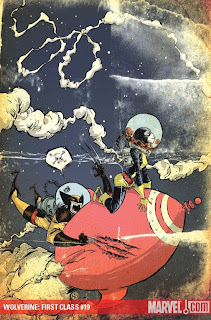 This cover is awesome in so many ways and it will never be topped. Until Young’s next c over that is.

Most Anticipated of October: Haunt #1 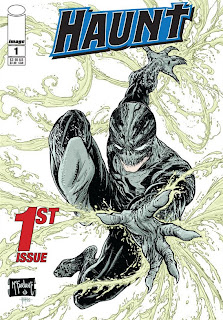 All too easy. Haunt has been my most anticipated comic of 2009 so with it’s debut in less then a week how could I not be excited? Add that to the timing that this is October and it’s a nice marketing move. Annoyed as I was with the setback from it’s original June release date I can forgive them as this is a nice late birthday present.

Now as for the first issue I’m coming into this expecting the basics of a first issue. Get to know the characters, some action and by the end of it we’re all set up for the real show come #2. Even with that I’m still excited for the debut issue as it’s a great team with Kirkman, McFarlane, Ottley and Capullo. You can bet this will be my first read next Wednesday. 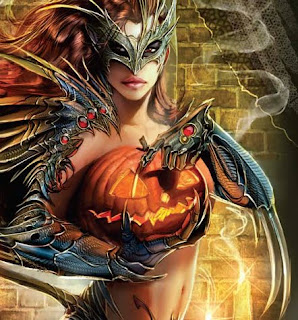 Now for a little extra to this Month’s End. I’m announcing my plans to celebrate the Halloween season this year as I did last year. This will be posted at New Age Comics as well as the Revolution and here is the rundown.

I love Halloween. I’m a big horror guy so obviously this month is my time. Last year I did horror themed reviews of books like 30 days of night, Marvel Zombies and a Nightmare on Elm Streets. This year I’m not going quite as over the top. Here’s the list of what to expect this October.

I got this last year when it debuted but I never got around to reviewing it though I wanted to. Since this was around Christmas time it felt a little out of place. But right now is the perfect time. Expect my review of the direct to DVD CG Resident Evil film soon.

I got this opening day but again I put off a review. This time on purpose to save it for Halloween. I’ve beaten and played it several times over and I’m ready to finally review it for you all. Easily my most anticipated game of 2009, did it meet my standards? You’ll have to read to find out.

A look at some noteworthy horror comics. While I can’t do a lot for this I will be noting some of the more recent well known ones such as Walking Dead, 30 Days of Night and I’ll even mention the horror oriented David Hine run of Spawn.

Horror Movies and their Remakes

A comparison of several horror films from Texas Chainsaw Massacre to my thoughts on the upcoming Nightmare on Elm Street remake.

I will be reviewing the entire franchises of A Nightmare on Elm Streets, the Romero Dead Films, the Halloween series, the Friday the 13th series and finally the Texas Chainsaw Massacre series. All in one post and this will be posted on Halloween.

So that’s it for my Halloween plans. I wanted to do some more comic oriented horror stuff but this year is a bad time. I’m just now going to start picking up the Walking Dead Hardcovers so maybe I can do a massive review of those next year. But that’s all for now kids. Now grab your boomsticks and chainsaws, it’s going to be one HELL of a month!