After last week failed most of my high expectations I still remain hopeful for another eventful and interesting looking week. 2 Image comics and a little bit from Marvel and DC. Let’s check out what’s up to read this week. 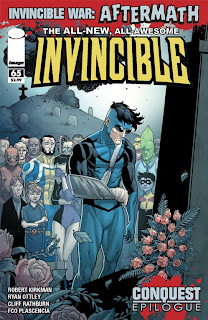 While this wasn’t an easy choice I have to give it to Kirkman as I’m itching at seeing what happens next. After the shock of the month when Atom Eve revived herself and Kentucky fried Conquest I’m really excited to see what happens next. Invincible has been one of the best comics out there and I am excited to see how Kirkman wraps up the absolutely amazing Invincible War: Aftermath, which is easily the best Invincible storyline in a long time.

As for after this story I confess I’m a little worried with how Kirkman can even hope to top this incredible story. Hopefully he does a good job of tying up the loose ends so things can start anew with Invincible Returns. 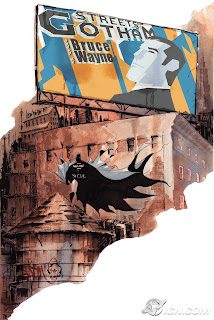 After a much stronger read last time I’m really anticipating seeing what Dini does with the development with Hush impersonating Bruce Wayne. I’m hopeful that Batman can eventually take him out and get him behind bars but for now this is a brilliant development on Dini’s part and I can’t wait to read it.

As for the series, I’m losing faith in it sadly. With Chris Yost coming out of nowhere to write issues 5 and 6 it seems like DC may already be looking for a replacement for Dini at this rate. I know I can’t always trust a creative team when it comes to artists but I at least try to be faithful that a writer will stay on board. Glad DC got to kill that faith in them for me. 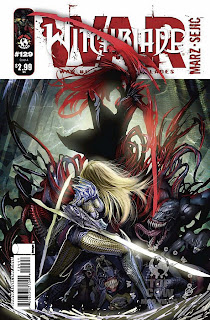 I stand at a cross road with the big event story War of the Witchblades. It started out great and finally started getting a lot of momentum with chapter 3 but chapter 4 last time really killed that momentum in favor of giving us more development that we already got enough of in the first 2 chapters.

Still I am hopeful that Marz can save this story as it seems we are finally getting that fight we’ve been promised for so long. You know, the one this entire storyline is based around? I kind of figured it’s about damn time. From the preview it looks to be a cool read, so I’m hopeful. 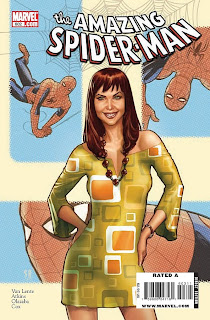 Red Headed Stranger is a mixed bag story arc, it’s had it’s ups and downs in the first 2 parts and last issue did feel undeniably weaker than the first. Still I’m really hopeful as this looks to be a good read from the preview. Chameleon, as Peter, seduces Michelle. Well okay it’s not so much him saying “Wanna F***?!” and her agreeing, but seducing sounds more polite.

Last issue saw Peter taking an acid bath (those are great for wrinkles) with no chance of escape. While a cheap excuse to hook me, I can’t deny I’m really excited to see just how the hell Peter escaped. Was it a clone? A robot? An alien? Damn it Van Lente, tell me! I must know! 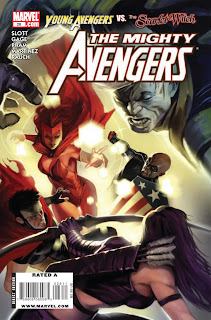 I know some people liked the team of Slott/Gage on Avengers: the Initiative, I loved that book myself, but I really wish Marvel would keep this to Slott. I guess if he requested for Gage to be his co-writer I could understand but I think Dan Slott is perfectly fine on his own and doesn’t need a co-writer.

As for the story it sounds good, the Unspoken has been an awesome villain with his debut last time but I’m mostly wanting to see the Young Avengers fight with Scarlet Witch. I really hope Slott gives this a lot of page time as it’s a really cool and interesting development for the series. Plus with Young Avengers #4 being delayed until September this is my only fix for the YA in August.