Skip to content
A pretty big week for me with the release of my most anticipated comic of the year. Though Haunt doesn’t overshadow everything this week.I was thinking about mentioning the new ongoing starring Dr. Voodoo but really there isn’t much to say about it. Not yet at least. It’s on the Collection Consider list. 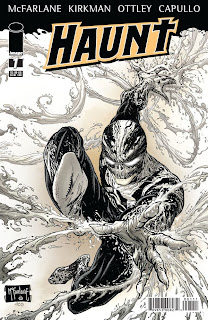 Written: Robert Kirkman and Todd McFarlaneArt: Ryan Ottley and Greg CapulloDespite some negative early reviews I remain incredibly excited for this issue come Wednesday. Now I am going in with the knowledge that this is a first issue and I’m half expecting the cheesy “our hero revealed!” cliff-hanger that writers like to do every so often. Though I am hopeful we’ll get more then that. With so much going on since it’s the Halloween season I was half expecting to lose interest in the comics this month but Haunt helped pull me back into being very excited for this month. I’m hopeful for the story but either way I know the art will look great. Definitely something I will be reviewing as soon as possible. Witchblade #131 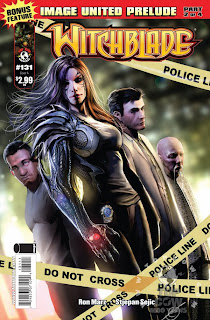 Written: Ron MarzArt: Stjepan Sejic Wasn’t expecting this issue to come out this week but I’m pleasantly surprised. Now Image’s website doesn’t say it’s coming out but the IGN release schedule does so I’ll take their word for it. After War of the Witchblades was a dud that only succeeded in giving us an enjoyable ending I’m more excited for this issue. It seems like it’s going to be a more character oriented issue all about Sara adjusting with the aftermath of the event. This is a good time for Marz to win me over again and deliver the solid read that Witchblade once was. Though with an added bonus we’re getting the Image United Prelude part 2. I’m tempted to pick up Savage Dragon this week just to get part 1 but that’s something I doubt I’ll do. Either way really excited to read this issue. Batman and Robin #5Written: Grant Morrison Art: Phillip Tan 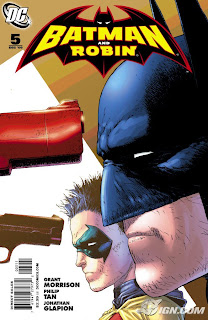 I’m looking forward to this issue but to be honest this story arc doesn’t seem like it’s going to be as major as I thought it might. Still I’m excited to see more gorgeous artwork from Tan and I’m hopeful we get a reveal as to who Red Hood is. Jersey Gods #8 Written: Glen BrunswickArt: Dan McDaid 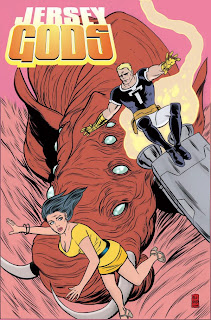 Last issue bugged me by ending with a “is Zoe dead?!” cliff-hanger when clearly anyone with half a brain could tell she’s just fine. Mostly thanks to the solicitations. Still this issue itself does sound great with Zoe meeting Barock’s mother. Should be hilarious. I know there’s some other stuff about the villains but right now I’m just looking for more fun comedy. Though what action we do get I’m sure will be good I just really am looking forward to reading the new dynamics Brunswick creates. Ultimate Comics Spider-man #3 Written: Brian BendisArt: David Lafuente 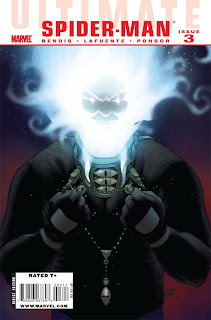 My excitement for this series has dwindled greatly. It looks all right from the preview but at this point I’m not too excited to be reading more. With a slow burning pace and what looks to be a rather dull read. With the promise of a big Mysterio fight coming up soon in the next 2 issues it’s hard not to want to skip this issue as I’m guessing it will be nothing more then transition. To be fair I’m certain the art by Lafuente will continue to impress me. He’s one of the best young artists Marvel has and 2 issues in and I’m already loving this style. Not only is his art great but he seems to be a very timely guy. So even if the story is as dull as I’m figuring it will be, at least we’ll get some good art.