Week’s End is on! Oh…but wait, it’s time for The Week Begins. I know! We’ll fuse them! Yes I once again apologize for a lack of Week’s End on the weekend, but I’ll put it at the end of this The Week Begins and there we go. Now on to this week’s comics before we look at the last week. 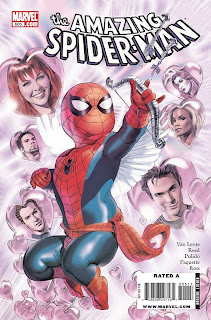 I’m hopeful that this issue does a good job clearing up the loose ends of Red Headed Stranger since it’s the epilogue. With a 3.99 price tag and 3 stories to tell my best guess is this will show us what MJ has been up to these last few years she’s been gone from New York, how she knows Peter is Spider-man (Yes, it was revealed last week that she knows) and the third story…I got nothing.

My own theory is that MJ and Peter where going to get married, but on the day before the wedding Peter got beat up real bad as Spider-man. Now up to this point they would have retconned MJ ever finding out Peter was Spider-man and this is how she finds out and she’s pissed he never told her so she calls off the wedding. That or she just gets mad that he was gone and doesn’t marry him.

With all that said I’m really hopeful for this issue as it seems like Spider-man has finally returned to a level of quality that I haven’t seen in quite a few years. 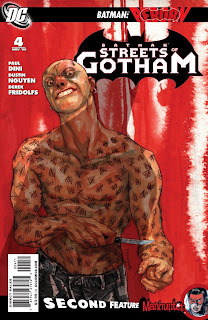 Another comic I’m excited for, Streets of Gotham has been building to being one of the best comics out there and I doubt this issue will be any different. My only worry is that Dini is taking on a lot of plotlines and if he doesn’t start resolving some of them to make room for others then the book could get disjointed and cluttered. Still it’s been an excellent read so far and I can’t see why it wouldn’t be this time. 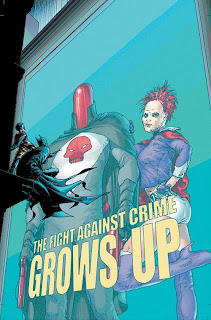 Last issue sold me on the series as it was a satisfying read even with it’s flaws. Though what really got me was the awesome cliff-hanger with Red Hood who I’m really excited to see here along with his side-kick. I’m also really hopeful that Morrison gives us another solid balance of character moments and action.

Though the real attraction to this arc other then the villain is the artwork by Phillip Tan who did a phenomenal job on one of my all time favorite comics Spawn: Godslayer. I heard mixed things on his recent run on Green Lantern but I’m positive that he’ll do a killer job here with Batman and I’m really excited to see how this comic looks. 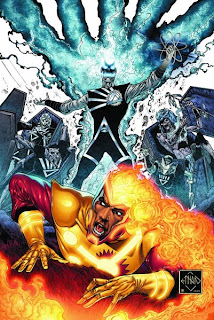 My excitement for this issue isn’t too big. While I am hopeful that Johns can reinvigorate the excitement he filled with last issue I can’t deny that after a slower pace last issue definitely got me worried about this series. I don’t want another Secret Invasion on my hands, I suffered through that 8 issue waste of money already.

Still I have confidence that Johns can win me back as too much has been building up to this just to go at a snails pace for what’s supposed to be DC’s big mega epic event of the year. 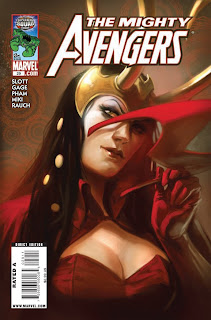 I can’t honestly say I’m excited at all about this series. One minute Slott is blowing me away with a great read the next he’s boring me with inane dialogue and useless action that serves no interesting purpose or is good at all. Still I remain hopeful he can save this floundering series by the end of this arc as things should soon start to get really crazy.

Week’s End has been taking a break and to be fair so have I. With school back in session for me it’s an annoying transition but that hopefully shouldn’t get in the way of things any longer. Also I’m going to stick to the 3 original part of Week’s End for this one time and not add any of the other recent add-ons.

A warning there will be spoilers for Dark Reign: Young Avengers #4 in this. 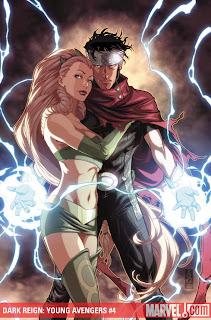 This week had some excellent reads but I have to give it to the most full and amazing read for me. This issue blew me away and impressed on so many levels. One of the few comics that really feels worth the 3.99 price tag nowadays. One thing I have to say is if you are a big Young Avengers fan like myself then do not miss out on this mini. For me it’s both an amazing mini and the best of the Dark Reign mini’s.

Moment of the Week: the real Dark Avengers 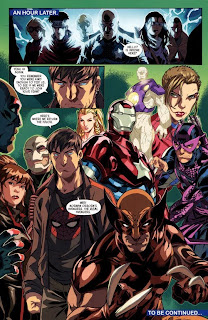 A great way to end a solid issue. Cornell left me satisfied with what I got as well as excited for more making this my moment of the week. Combined with Brooks’ amazing art and it would be hard not to give this moment the win. Also I must say I am curious to see how this pans out next time if the final chapter will be an all out brawl or not.

Cover of the Week: the Amazing Spider-man #604 by Lienel Yu 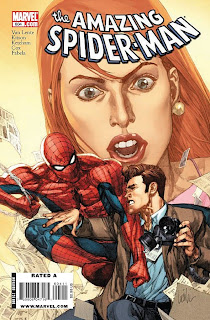 Some good covers this week but I’ve got to give it to Yu for this dynamic image. I think this isn’t the first cover like this we’ve seen but adding it to the image of MJ in the background just really works and it’s a strong image that catches my attention well.